“What’s the best gym that

you have ever trained in?”

World Gym of San Francisco? Cressey Sports Performance?  IFAST of Indianapolis? The Slippery Rock Barbell Club? The Bonny Lane Club?  All of these are some pretty big names in sports performance.  ; )   But the hands-down best is none of those.

My childhood friend Keith lived approximately three miles from my parents. His parents still live there, with a patch of huge boulders and rocky crevices less than 50 yards from the front door, and another similar “facility” less than one mile away.

How could anyone forget the remarkable features? Well, I recently had the opportunity to visit and saw countless objects that I forgot that I had forgot. It was like a reunion with old friends.

“Oh, there’s the slanted rock that appears to drop into an abyss, but it’s really only a four foot fall into lush mossy fern gully.”

“…And over here is Bear Cave. Still with no evidence of any bears.”

“This rocky formation is called The Grill. We undertook great risk and adverse condition in order to cook hot-dogs and Steak-Umms back here.”

I could go on. But suffice to say, I had the opportunity to dwell among the ferns, mountain laurel, and briars, experience the damp coolness of deep crevices on a hot day in June, splash in small springs that hold tadpoles and newts, and scale rock walls using hickory trees that had been pushed partway down from the above forest floor…all with my kids.

This was my time, far better than Hershey Park. I’m still processing this, cannot think of a better way to irritate my 40-year old knees.

All of the features for cooking, climbing, crawling and jumping have depreciated very little in about 30 years. I’m hopeful that a gym hundreds of thousands of years in the making will retain its functionality and wonder for a few thousand more.

There are no instructions or clear pathways, no fake imitations, yellow lines or right angles. There are no rules or competition.

But there is much training. There is jumping, climbing, lifting, carrying, and agility (chasing after and running from wildlife). The concept of exercise form does not exist. You figure out how do it in a way that works for your body.

Some boulders are sloped enough to be navigated only with a heavy lean or on all fours. You haven’t done “speed and agility” training until you’ve stirred up a nest of yellow jackets in rocky terrain. I remember turning over rocks in search of all that slither and creepeth across the land. At one point I observed that connecting my hands and elbows to the ground by way of a rigid torso and leg push was far more effective for moving the larger rocks.

…And thus my very own dead lift “hip hinge” pattern was born. 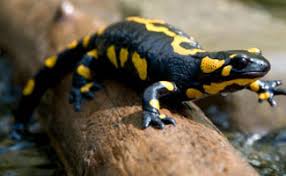 For claustrophobia desensitization, the gym features abutting boulders that form many insect-lined tunnels. Make yourself small in order to slide directly from one crevice to the next. As a boy I dreamt about narrowly escaping a run in with a huge wolf, diving through the crevice while the wolf peered through, one paw reaching out but not far enough to grab me.

And lastly, are the leaps. There are leaps over narrow crevices approximately 40 feet deep. A small jump is nerve-racking when the penalty of failure is possible death. There are drops from one rock to another, and long leaps over broad boulders. These offer a high degree of difficulty but little penalty of failure. It’s a fairly good way of learning risk:reward.

And the point of this jump/climb/lift down memory lane?

Keith had the opportunity to “train” nearly every day he was home. At most, I visited this facility once or twice per month. Keith outpaced me to the point that I could barely keep up with him. He was familiar with the pushing, pulling, climbing, leaping, and carrying. He was fearless, strong, and agile.

We played nearly every season of sports together. Keith was always an inch taller, stronger and a bit faster. He could dunk a basketball, I believe as a sophomore, a full year before I even came close. Keith and I diversified in sports and in life. From what I know, he had a great soccer career. I do known that he was specifically recognized as having outstanding speed and an extremely powerful leg.

It’s as if he naturally, playfully drew ancient strength right from the soil, wood, and stone, and applied it to the modern world.

boulders, which feature no right angles or yellow lines, mild holds, cliffs and crevices to explore…for about ~$2000 each.

Those local to central PA can visit Simpson Park in Mechanicsburg for an Old School training experience.

I'm a husband, father of five, and physical therapist. I do sports performance physical therapy and personal training at Full Reps Training Center in Camp Hill, and in my basement and backyard. I have been in the game for over 18 years and attempt to find time to type out my ideas and experiences! Thanks for reading. View all posts by bonnylane